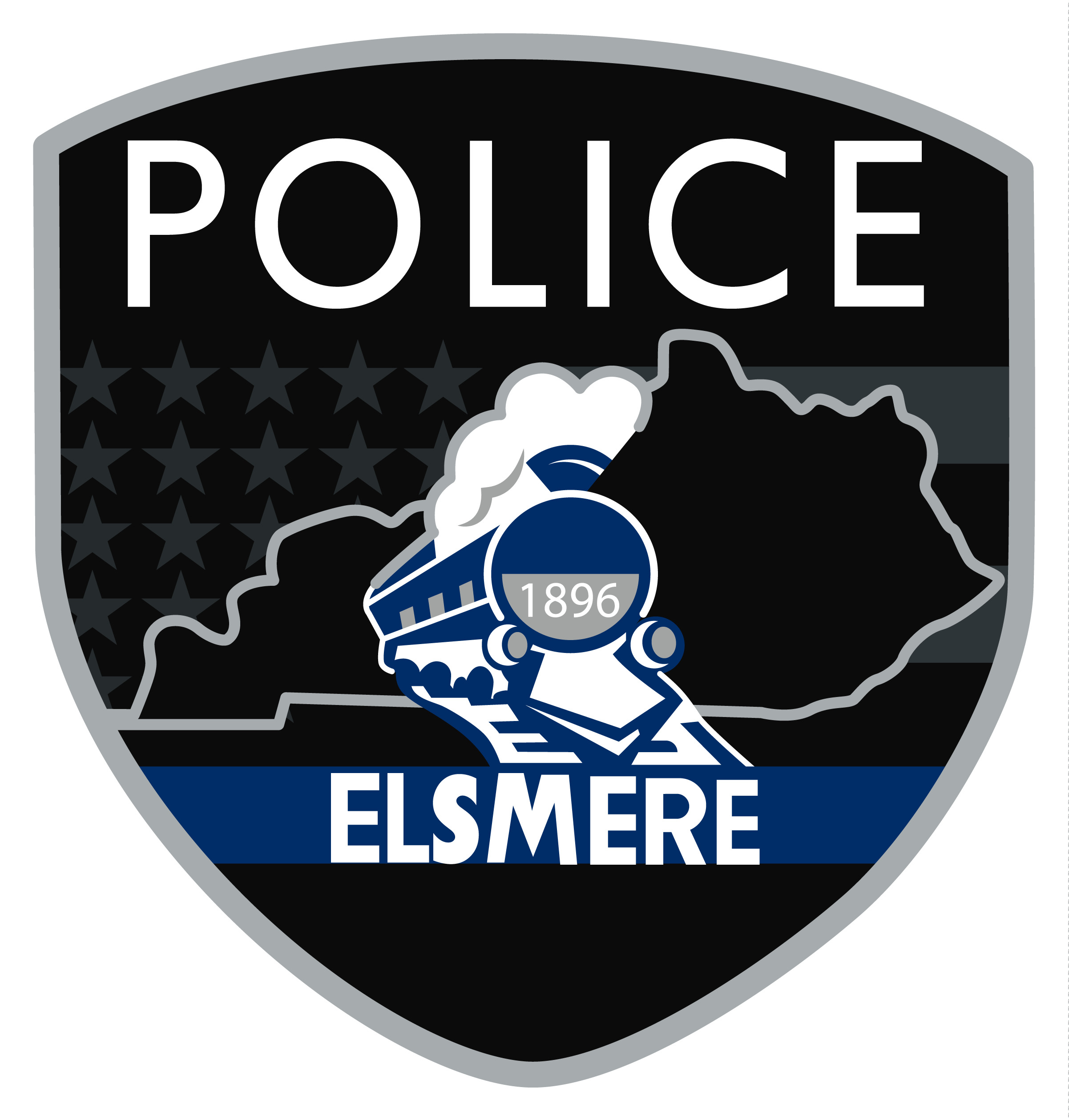 The City of Elsmere Police Department is proud to serve the citizens of Elsmere. The department is comprised of 16 dedicated employees who are committed to our community. Our staff consists of the Police Chief, one lieutenant, three Sergeants, eight Patrol Officers, two Detectives, one school resource officer, and a Police Canine. We are committed to working collaboratively to keep the Elsmere community a safe place to live and work.

The Elsmere Police Department is an Accredited Law Enforcement Agency. We received Accreditation from the Kentucky Association of Chiefs of Police in 2013. Accreditation is an organizational commitment to maintaining the high standards and best practices that are expected of professional law enforcement. Accreditation reduces liability, ensures accountability and increases community confidence and trust.

The year after Kentucky became a state in 1792, the state legislature passed an act that called for the clearing of a wagon road from Frankfort to Cincinnati. This road closely followed the old buffalo road, which ran along the Dry Ridge and became known as Georgetown Road. There was not a town between Covington and Georgetown.

In 1813, Robert Johnson and John D. Watkins, owners of the land that would become Elsmere and Erlanger, divided their property into two equal tracts of 1100 acres. Later that year, Johnson sold half of his tract to Bartlett Graves and the other half to John Stansifer. Stansifer was a native of Germany, born in 1744. He first came as an indentured servant to Virginia, where he married Jemima Clore. By 1850, John’s Family had sold all its interest in the property, known as South Erlanger at that time.

February 12, 1874 was one of the most important days in Erlanger and Elsmere’s history as the trustees of the Cincinnati Southern Railroad announced that they would build a bridge over the Ohio River into Ludlow and that the railroad was coming to Elsmere and Erlanger. The impact of the railroad on these communities cannot be overestimated. The railroad brought many interesting and industrious people to the area. This is when the Elsmere and Erlanger Syndicates were formed to entice buyers. Free commuter transportation to Cincinnati was added as an incentive.